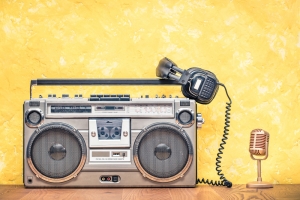 Hello my friends and welcome to 2020. It’s a new decade (OK – technically the new decade starts in 2021 but play along) and so we thought it was a good time to reflect on some of the amazing Canadian music released in the past 10 years. In fact there’s so much to celebrate that we’re going to take two shows to cover all the picks we’ve made.

As with past annual retrospectives, the Marking Time Podcast Episode 121 is not a countdown (we think there’s enough of those). Instead, it’s a look back at three noteworthy albums by Canadian artists released annually from the years 2010-2014.  We will pick up the second half of the decade (2015-2019) next time out.  Some you may know, some not so much. Regardless we think you’ll agree it’s prime time for Canadian music lovers worldwide.

It’s so gratifying to shine our spotlight on the best of the best – many artists we’ve supported and promoted since our humble podcast began way back in 2011. We’re so proud to be here in Canada and to share these superbly talented musicians and songwriters with the world. Expect lots more in the year ahead.

Thanks for another great year and here’s looking to lots more musical magic in the decade to come. Don’t forget to share us with your friends on Twitter and Facebook and remember you can ask your smart devices to “play the Marking Time Podcast” anytime you want to hear some #RealGrownupMusic from the #GreatWhiteNorth. Happy New Year!

This site uses Akismet to reduce spam. Learn how your comment data is processed.